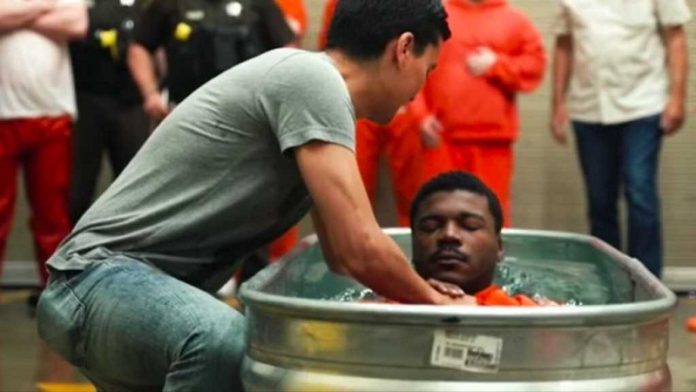 A church in Illinois is helping to change its local county jail system by bringing their church services to local inmates.

Even though the church has only been holding services in the Jasper County Jail for three months, the employees and inmates of the jail say they have already seen noteworthy progress.

“We have a quieter atmosphere,” Jasper County Sheriff Patrick Williamson told WLFI-TV. “In times past, you would hear banging, kicking, yelling, screaming, but now it’s very quiet. They get along well, they treat staff better, so we have less incidents. It just complements the other things going on in our jail.”

Prior to the jail services being launched, Williamson worked with John Hill, pastor of First Church, on an addiction recovery house for men. After seeing success from that initiative, Hill decided to pursue a bigger ministry program with the Jasper County Jail.

“Our church was really excited just to build bridges with these families, help them connect with our community, help them with employment, and just show them that we care,” Hill said.

“The miracle of that is something to behold,” said Williamson.

The weekly worship services take place on Thursdays. The church brings in sound equipment, chairs, and donuts, while the jail supplies the coffee.

The service is an optional activity for inmates, but around half of the men and women in the jail attend.

Anthony Gann, who was arrested in March for drug-use, told WLFI-TV he appreciates the positive impact the services are having on the jail community.

“It’s awesome to get to have that real church experience while we are in here doing our time,” Gann said. “Some of the best guys I know are in here.”

He added that while they previously had a Bible study, “it’s awesome to get to have that real church experience while we are in here doing our time.”

Gann, who says he plans to join First Church when he’s released in September, noted he wants to stay on the right path, as well as pursue his love of music.

In a video shared to Facebook in May, Gann could be seen leading worship amongst his fellow inmates. He sang the hymn “Amazing Grace.”

“Don’t give up on us,” said Gann. “Just because we wear these clothes doesn’t mean we are bad people. We just made some dumb decisions.”

There is a palpable change sweeping through county jail, from the corrections officers down to the inmates.

“The corrections officers,” Hill said, “have talked about how the entire culture of the jail has shifted. The inmates are caring for one another and actually thinking about life beyond bars.”

Not only are the inmates attending church services, but they are dedicating their lives to Christ.

In a video shared to Facebook in May, five men and four women in the Jasper County Jail were baptized by First Church.

“I believe that Jesus is the only hope in the world,” the pastor said. “I think we live in a society that is so quick to condemn people, but Jesus was so quick to give people second chances.”

← Got faith?
#Welcome All Nations →