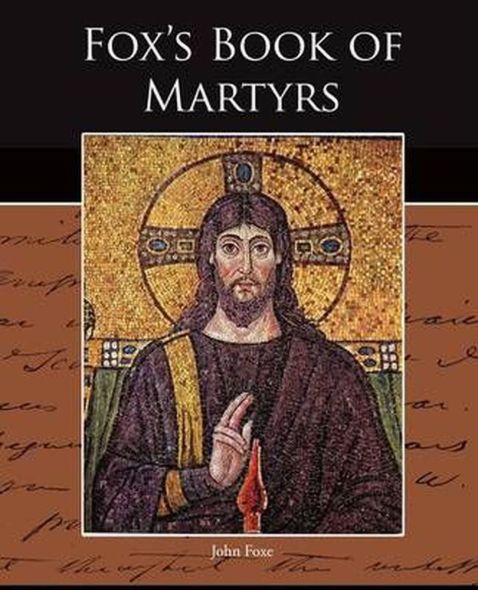 Edited by William Byron Forbush This is a book that will never die — one of the great English classics. . . . Reprinted here in its most complete form, it brings to life the days when “a noble army, men and boys, the matron and the maid,” “climbed the steep ascent of heaven, ‘mid peril, toil, and pain.” “After the Bible itself, no book so profoundly influenced early Protestant sentiment as the Book of Martyrs. Even in our time it is still a living force. It is more than a record of persecution. It is an arsenal of controversy, a storehouse of romance, as well as a source of edification.”

Fox’s Book of Martyrs is in the public domain and may be freely used and distributed.

The Story of Galileo

The most eminent men of science and philosophy of the day did not escape the watchful eye of this cruel despotism. Galileo, the chief astronomer and mathematician of his age, was the first who used the telescope successfully in solving the movements of the heavenly bodies. He discovered that the sun is the center of motion around which the earth and various planets revolve. For making this great discovery Galileo was brought before the Inquisition, and for a while was in great danger of being put to death.
After a long and bitter review of Galileo’s writings, in which many of his most important discoveries were condemned as errors, the charge of the inquisitors went on to declare, “That you, Galileo, have upon account of those things which you have written and confessed, subjected yourself to a strong suspicion of heresy in this Holy Office, by believing, and holding to be true, a doctrine which is false, and contrary to the sacred and divine Scripture– viz., that the sun is the center of the orb of the earth, and does not move from the east to the west; and that the earth moves, and is not the center of the world.”
In order to save his life. Galileo admitted that he was wrong in thinking that the earth revolved around the sun, and swore that–“For the future, I will never more say, or assert, either by word or writing, anything that shall give occasion for a like suspicion.” But immediately after taking this forced oath he is said to have whispered to a friend standing near, “The earth moves, for all that.”

← 131 Christians Everyone Should Know
Daily Service: The heart of a servant →