Another thing I love about living here on #Guam: we are on the upper edge of the Asia plate and the Pacific plate goes under it. You might have heard of the Marianas Trench? Anyway, we had a 5.3 earthquake this afternoon but it was miles offshore and 30+ miles deep so no damage. 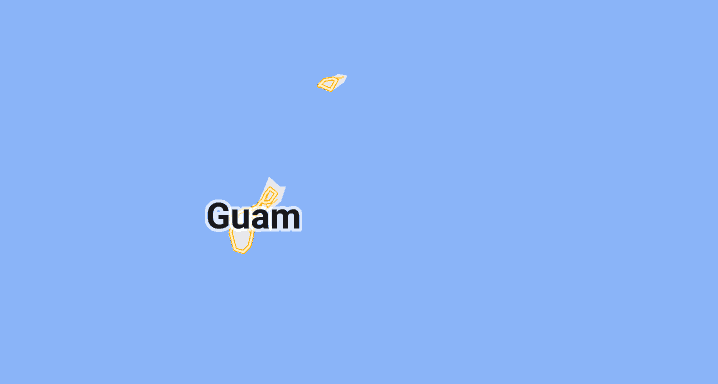 Edited by William Byron Forbush This is a book that will never die — one of the great English classics. . . . Reprinted here in its most complete form, it brings to life the days when “a noble army, men and boys, the matron and the maid,” “climbed the steep ascent of heaven, ‘mid peril, toil, and pain.” “After the Bible itself, no book so profoundly influenced early Protestant sentiment as the Book of Martyrs. Even in our time it is still a living force. It is more than a record of persecution. It is an arsenal of controversy, a storehouse of romance, as well as a source of edification.”

Fox’s Book of Martyrs is in the public domain and may be freely used and distributed.

From the Revocation of the Edict of Nantes, to the French Revolution, in 1789
The persecutions occasioned by the revocation of the edict of Nantes took place under Louis XIV. This edict was made by Henry the Great of France in 1598, and secured to the Protestants an equal right in every respect, whether civil or religious, with the other subjects of the realm. All those privileges Louis the XIV confirmed to the Protestants by another statute, called the edict of Nismes, and kept them inviolably to the end of his reign.

Again, my comment, the atrocities visited on Protestants by Catholics were worse by far than the incursion of Islam then or now.

And it becomes obvious that reliance on man-made government can well result in extreme prejudice.

A nice chicken recipe for 2 people is rare. Thank you.

This is a very aromatic stew and it fills the house with a wonderful orange and rosemary sent while cooking. It doesn’t take long to make. It takes about 10 minutes to prep and about 30 minutes to cook.

I had thawed out a package of chicken breasts to make two meals with. I posted the recipe yesterday of the first meal and this is the second meal. This stew can be made ahead and it taste better the next day. I was not sure how the potatoes would taste cooked with orange citrus added to the stew. This recipe turned out to be a very delicious meal. I heated it up to serve and added a green salad to go with it.

131 Christians Everyone Should Know

“Social reforms, so necessary, so indispensable, require as much of God’s grace as a change of heart.”

When the great English statesman William Wilberforce died in 1833, one of those who attended his funeral was Antony Ashley Cooper, later Lord Shaftesbury. In the words of biographer John Pollock, “Thus the two crusades and the lives of two great social reformers touched briefly and symbolically… an end and a beginning.” If Wilberforce was one of the greatest Christian politicians of his era, Shaftesbury was one of the greatest of his.

Unlike Wilberforce, Shaftesbury was a devout Christian when he became a Member of Parliament in 1826. He felt God had called him “to devote whatever advantages he might have bestowed… in the cause of the weak, the helpless, both man and beast, and those who had none to help them.”

He didn’t receive this faith from his parents, though. Born the son of the sixth earl of Shaftesbury, he was raised in a home devoid of parental affection. Virtually all he knew of love he experienced through the kindness of a maid named Maria Millis. It was to her that he later traced the beginning of his evangelical Christianity.

Two years into Parliament, Shaftesbury commenced his efforts to alleviate the injustices caused by the Industrial Revolution, which included acts that prohibited employment of women and children in coal mines, provided care for the insane, established a ten-hour day for factory workers, and outlawed employing young boys as chimney sweeps.

Privately he promoted the building of model tenements (on his own estate) and “ragged schools” for waifs. For years he served as president of the British and Foreign Bible Society. He ardently supported the London City Mission, the Church Missionary Society, and the Young Men’s Christian Association. He was associated with 33 philanthropic organizations in his life.

His commitment to spread the gospel led him to start a movement to hold religious services in theaters and music halls. Controversy ensued, forcing him to defend the movement in the House of Lords against charges that Christianity would be compromised if it were associated with scenes of frivolous entertainment.

The driving force of all this social activity was his faith. Some of the more important guiding principles expressed in his writings include:

Though he had high ideals, as a legislator, Shaftesbury was a realist. He often agreed to compromises to win ground for his causes. For example, he wanted the Board School curriculum to include Bible teaching: “The teaching of the Bible,” he argued, “should be essential and not an extra.” The problem was how exactly to teach it—by which denomination’s interpretation? Since church groups were unable to agree on a syllabus for religious instruction, a compromise was reached: the Bible would be taught but not according to the formularies of any church. Shaftesbury considered such teaching “a meager, washy, pointless thing,” but it was better than no Bible instruction at all.

Shaftesbury’s lifelong commitment to the welfare of his fellow Brits was once described as “his hopeless pertinacity.” He was pertinacious—but hopeless, no.

131 Christians Everyone Should Know.

Well, yesterday was a little bit quieter.  The USA tops at 76 views, Nigeria second at 16, India third at 8, and Germany a distant fourth at 2 views.

I am trying to encourage participation here by waving your flags, you do understand that right?

#Outreach: That the world may know

Daily Bible Reading: 2 Kings 21-22, 1 Corinthians 9
2 Kings 22:1-2 (BBE) Josiah was eight years old when he became king; and he was ruling in Jerusalem for thirty-one years; his mother’s name was Jedidah, daughter of Adaiah of Bozkath. He did what was right in the eyes of the Lord, walking in the ways of David his father, without turning to the right hand or to the left.
1 Corinthians 9:13-14 (NKJV) Do you not know that those who minister the holy things eat of the things of the temple, and those who serve at the altar partake of the offerings of the altar? Even so the Lord has commanded that those who preach the gospel should live from the gospel.

When I feel afraid, think I’ve lost my way
Still You’re there right beside me
Nothing will I fear as long as you are near
Please be near me to the end

I will not forget your love for me
And yet my heart forever is wandering
Jesus be my guide, hold me to Your side
And I will love You to the end

Verse of the Day

The Lord is my shepherd; I shall not want. He makes me lie down in green pastures. He leads me beside still waters. He restores my soul. He leads me in paths of righteousness for his name’s sake.

Psalm 143:8 (ESV) Let me hear in the morning of your steadfast love, for in you I trust. Make me know the way I should go, for to you I lift up my soul.

Psalm 90:14 (ESV) Satisfy us in the morning with your steadfast love, that we may rejoice and be glad all our days.

Psalm 59:16 (NKJV) But I will sing of Your power; Yes, I will sing aloud of Your mercy in the morning; For You have been my defense And refuge in the day of my trouble.

A Song for Morning and Evening

It is good to proclaim your unfailing love in the morning, your faithfulness in the evening. Psalm 92:2

Grab your #Coffee and let’s get started